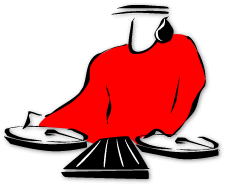 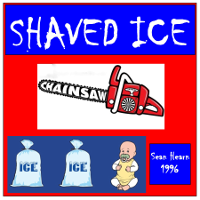 This is an old remix from back in the '90s originally made with vinyl that included cutting and scratching. Back in the clubs, DJs learned to take tracks and give them local flavor using turntables.

Remix: Angels Now and Then

This is a mix of the later Shaggy tune that includes cuts from the original made long before by Olivia Newton-John. Mixes like this help the listeners to hear where the new cuts originated.

At my shows, I try to play a wide variety of music to please all ages in attendance. When possible, especially if it is a younger / more progressive crowd, I try to include remixes and medleys, when time allows.

On this page, you will find short clips of Remixes & Medleys. These may be 30 seconds or 4 minutes, but they are only a small portion of the real thing.

A remix is an enhanced version of the song created to cater to a special audience. The remix might include components like a beefy bass line, vinyl trickery like cutting and scratching or possibly even samples (short pieces) from other songs. Sometimes this is something complicated that is done in my studio, then saved as an MP3 to play publicly. Other times, this is something that I do on the fly, live, at an event. If you listen closely, in many cases, I will premix the next song into the current song before it ends. 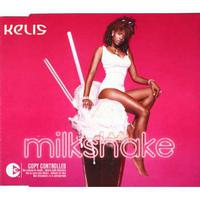 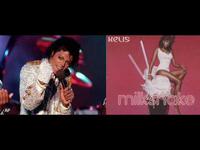 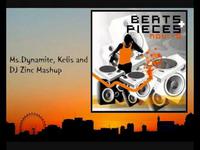 A medley is simply a musical montage that includes many different songs, all blended together so there are no breaks between the start and the conclusion. The purpose is to create a sound that is all close to the same beat or all from the same genre that allows the dancers, who are enjoying it, an extended time on the floor. A great medley is one that mixes song after song after song without you hearing a break in the beat.

This is a great example of how you can blend multiple songs together from any genre. Most medleys you hear are made from dance songs, I like to use all eras.

I have also done what I call the "Funky Dance Medleys". Occasionally, I have a bride or groom who wants to spice up one of the first few Special Dances. In many cases, this will begin with the slow song. Then I mix in 3 or 4 fun faster ones that they choose like: "YMCA", "Ice Ice Baby", "24K", "Gangnam Style", "Baby Got Back", "Sexy and I Know It", "The Twist", "Raining Men", etc. The crowd is expecting the typical slow dance, but they get a fun mix of several songs. This can really be fun and set the table for the celebration that is to come!

To give you an idea, back in the late '90s when remixes were super popular, I was approached by a woman living in Fort Smith who was Laotian. Apparently, she was a big deal in her community as a singer. She hired me to remix several songs that were on her upcoming album. Basically, I took a program called ACID and used it to recreate her songs. Some I changed the tempo to be much faster turning a slow song into more of a fast dance song. On some, I left the speed (BPM) the same and added bass lines to give it more of a club feel.

A remix or a medley is a lot like a cake or a pie with me as the baker. I take ingredients that are present, many of which have been used by others for years and combine them in a unique way to create something that is totally new. Many people like good ol' homemade apple pie. If I add strawberries, or maybe make several small pastries with the apple pie fillings it may appeal to others. 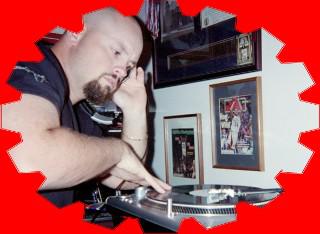 While I do buy some remixes and medleys, I have a studio in which I create many of my own. Above are a few of the remixes and medleys for you to listen to and hopefully enjoy. As I said earlier, these are just short pieces of the complete song. I only loaded short portions because it would be easy to copy them. I will be periodically updating this page with fresh cuts; so, check back often. If you have a request, shoot me an email, if I have time, I will see what I can do.